Special dog no 2, Leo.
Leo arrived in spring 2017, and according to his trainer he could run, but wouldn’t run. Hardly surprising as Leo was terrified of his own shadow. When his trainer opened the van, Leo started shaking like a leaf and peed himself at the mere sight of me. This terrified boy refused to leave his bed for a week, and after that he only took a few tentative steps outside of the kennels, always wary of any movement and ready to dash back inside. For the first year his food bowl had to be placed in his bed, which remained his safe space. It took almost as long for the real Leo to emerge. The real Leo is a vocal goof with a hatred of coats, he has destroyed seven of them, who loves to race around and play. But only when no strangers are watching. In the presence of strangers Leo reverts to a poor waif. He hides behind my legs and stares with pitiful eyes at whoever is visiting. But at least these days he is confident enough to be outside when visitors are around. Leo still finds the world outside of the property scary, and when he gets scared he bucks and fights like wild pony to get away. But as long as he is happy in his day to day life, I’m happy for him. He has come a long way. 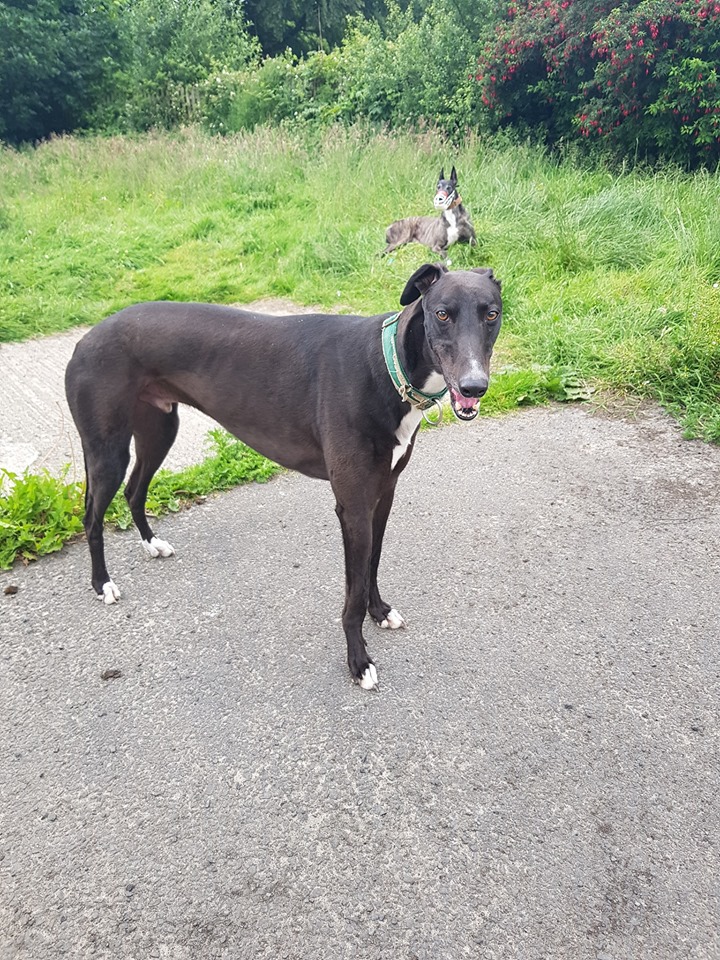 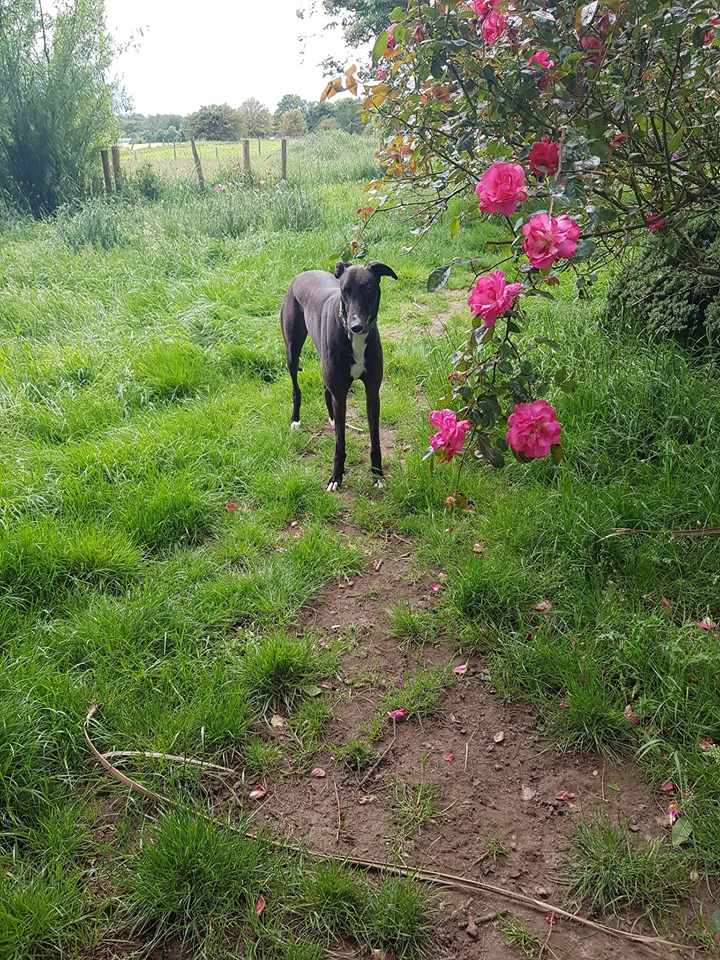