I can’t even begin to make justice to the uniqueness that was Pod. He was far from a “normal” dog, but more an universe unto himself. He arrived shortly before Christmas 2013, very, very scared and worried. A true spook, who could not really process and deal with change, strange people, new people. He did not really respond to the other dogs, either. Instead he was locked in some private world, where he looked out but couldn’t comprehend what was going outside. He did respond to Maude, though. Quite spooky herself, but also zany, opinionated and a force unto herself, she accepted him and made him relax.
Pod never shared a sofa with me, he never raced up to greet me, he never jumped to give kisses, but he was constantly present and close by, and he liked to make sure I was around. His world was a small one, but that was what he wanted. Although he never had much interest in the other dogs, he was always the first to greet and reassure newcomers. Always gentle, always kind, and the one who allowed anyone to curl up next to him, or on top of him. He had the softest coat, the sweetest eyes and when he settled down with a contented groan, I knew he was happy and had everything he wanted from life.
When we lost Maude in May last year, the light went out of Pod’s life. He became more introverted, more insulated. It was as if he was just going through the motions, but he couldn’t see the point of it. He developed health issues and spent more and more time sleeping. On Saturday one of his back legs suddenly swelled up, and on Sunday the other one also swelled. Steroids and painkillers kept him comfortable, but I could tell that he had had enough. I told him he was going to meet Maude. I cried, a lot, and I made that call. Pod passed away, safe in his own bed, and my life is so much poorer without him.

A massive thank you to Paolo, and everyone at Ceithre Cos, who made it possible for Pod to remain where he felt safest, to the very end. 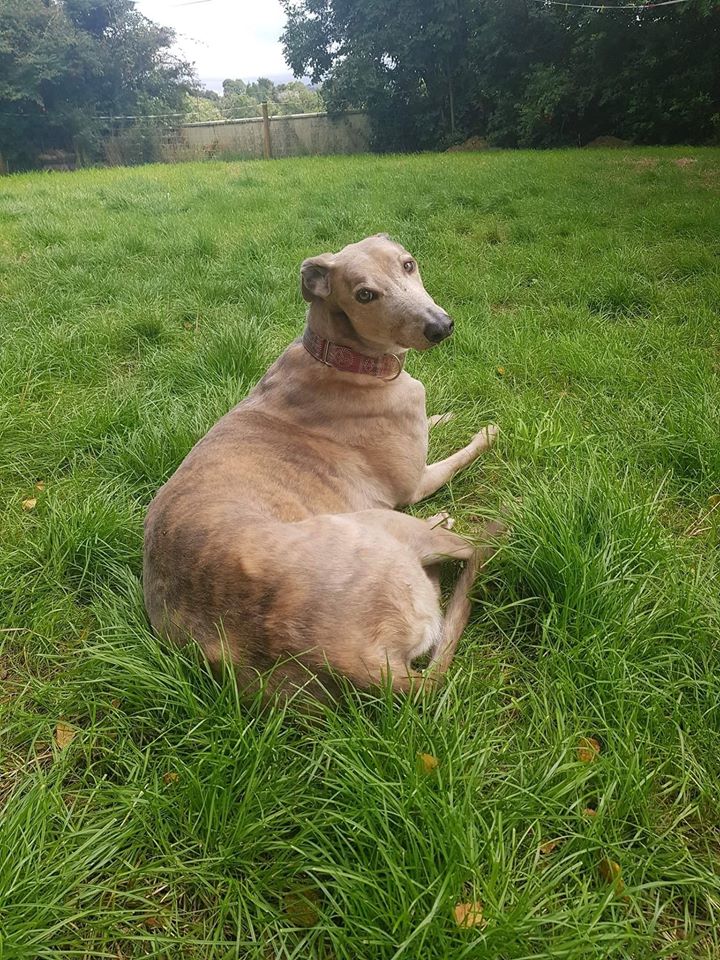