In May 2018 Niall and his brother Donal arrived here. The first dun coloured greyhounds I had ever seen in real life. But Niall was rare in other ways too. It turned out he was almost blind and he had Diabetes Insipidous, water diabetes. His lack of sight never troubled him, and his medical condition were taken care of through medication. He loved running with his kennel mates, rolling in the grass, getting cuddles, going in the car, meeting people. He was happy, friendly and confident. Most of all he was kind, and he had the best temperament I have ever met in a dog. Although Niall was perfectly happy and content here, I really wished for a real home for him. His blindness and chronic condition seemed such minor things compared to all his strengths.

Last week, out of the blue, Niall took ill. It seemed perfectly straightforward at first, a loss of appetite and some vomiting. His blood test showed no real lack of concern. But he never got better, instead he got more and more symptoms and he did not respond to treatment. Last night he gave up and slipped away forever, and left me here reeling with shock and grief. It just seems so wrong that a fit, three year old dog can literally vanish and die in front of your eyes. Especially such a special dog as Niall. I have lost many dogs, but this hurts so much I can barely breathe.

My heartfelt thanks to everyone at Ceithre Cos, who did everything they could to save Niall. 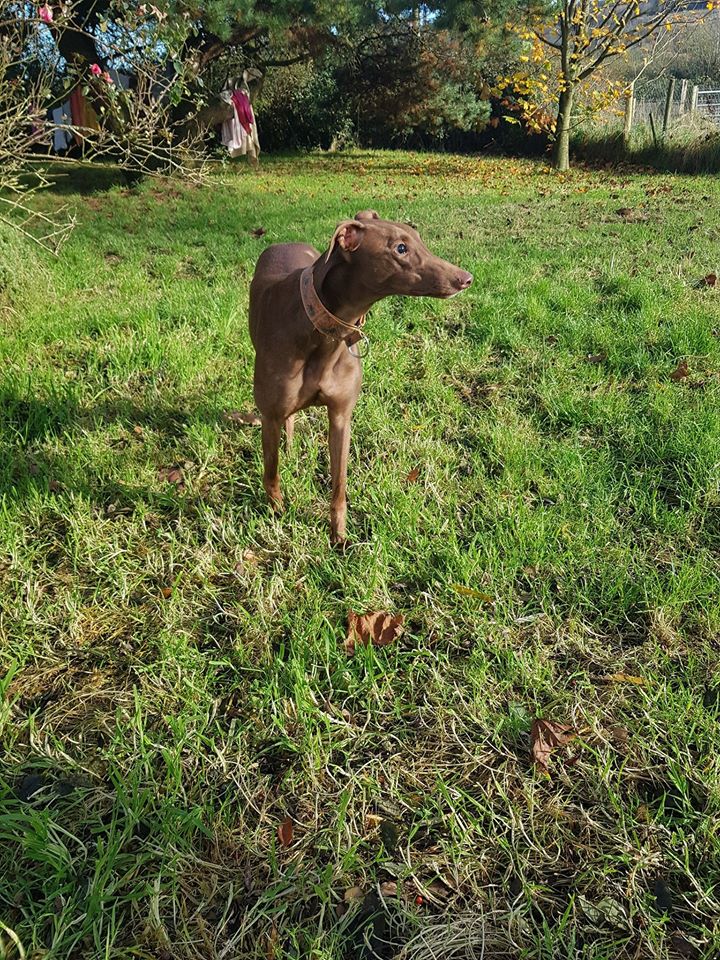