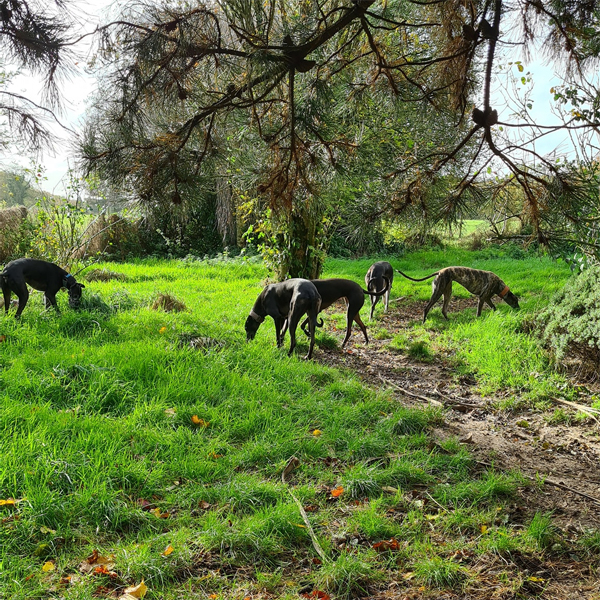 Hera is now called Noodle and she crossed many waters to come to her forever home. First to Sweden and then across the Baltic Sea to reach her destination. But it was worth it. Noodle is very loved and enjoying her life, especially when she gets to meet her best friend Bono. After Bono had a bad encounter with an off lead dog, Noodle was there to support him as he recovered and regained his confidence. As a true friend does. We wish you many more happy days, Noodle and Bono. ❤️ 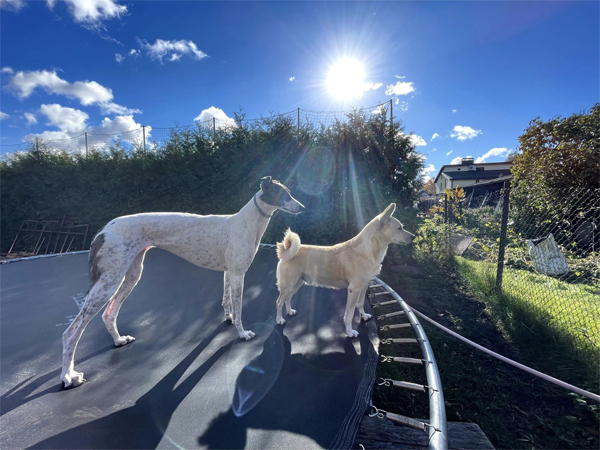 We spent the day at the Great Global Greyhound Walk, organised by Galway SPCA. Fane and Zachary represented Clare Greyhound Sanctuary and we net up with adopted CGS hounds, Frederic, Icey, Mansa, Phoebe ( was Fiona) and William. A great time was had and we are all zorsted now. 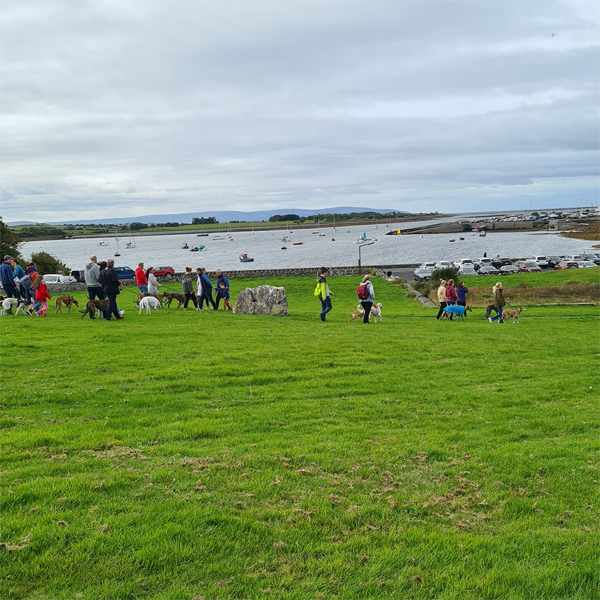 Once a year the Hounds and I get to experience a Cinderella moment. This is what happens when Julieann and John comes from the North to visit us. Not only do they bring their wonderful selves, but they also brought a car full of things for the hounds, the Sanctuary and for me. They also gave us a staggering donation of €2200!! In these times, when so many are struggling with the cost of living, there simply are not enough words to express our gratitude for this level of generosity. ❤️❤️ Thank you, from the bottom of my heart to everyone who donated, to Julieann and John, their friends and family, to the Trans Link Crew, to Team Inver, and a special thanks to Bodie Crymble. This means, so, so much. ❤️❤️❤️

This morning I found Oonagh dead in her bed. Yesterday she was playing with Zachary, demanding cuddles and in her usual bossy way telling the boys to go to bed after dinner. There is so much more to say about this amazing dog but right now there are only tears. So many tears.💔💔💔

A special big thank you to Mairead who helped to bring Oonagh to my vet’s. As luck would have it, the van decided to pack in. And to Evelyn, who brought food for both hounds and myself.
Oonagh was so special in so many ways. She came to me in 2016, just before her second birthday, a very large girl who had stopped coursing because she was too nervous. It soon became clear that Oonagh simply did not do people. I was very lucky indeed to be on her approved people’s list, which was very short. But as long as she did not have to deal with dreaded people, she was a confident, bossy, playful and very loving dog. Her favourite game was me saying “Who is the most beautiful greyhound in the world?”, and she would light up, grin from ear to ear, wag her whole body and run over to me for a hug. She loved hugs. It’s been such a privilege to have her in my life for the past six years. But it was too short a time.
Oonagh / Cryptic Flash
2014 – 2022 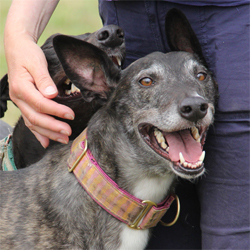